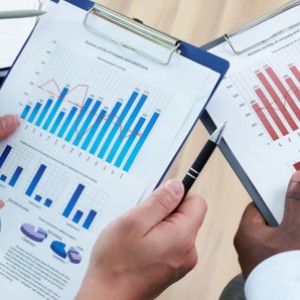 “Weak growth among major emerging markets will have a negative impact on global growth in 2016, but economic activity should increase modestly to 2.9% from 2.4% in 2015 as advanced economies pick up speed,” – said in the report. Already in the past year, the growth was less than expected, amid falling prices for raw materials, reduction of international trade and capital flows, as well as financial volatility, the bank said.

“According to the forecast, the emerging economies will grow by 4.8% in 2016 – less than expected, after the lowest level after 4.3% in the preceding year the crisis is projected to slow down growth again in China, Russia and Brazil will remain. in a recession in 2016 “, – the report says. According to the vice-president and chief economist of the Bank Kaushik Basu, the past six months increased risks need qualified policies of central banks in the monetary sphere and government. Russia and China Overall, the Bank believes that the decline in the recession in Russia will increase in the region.

“On the prospects of (Russian) adversely affect persistently low oil prices and international sanctions Investors have less confidence and raised interest rates hurt investment, and a sharp decline in consumer purchasing power undermines consumption Fiscal buffers are under pressure -.. The reserve fund may be exhausted by two-thirds by the end of 2016, when it will be used as planned, as the main source of financing of the federal budget in 2016 “, the deficit – the report says. The World Bank believes that Russia will help structural reforms and diversification of the economy, coupled with a reduction in geopolitical tensions. At the same time the euro zone will show modest growth of 1.7%. The slowdown of the Chinese economy will continue in the current year – China’s GDP will grow by 6.7% against 6.9% in 2015, the bank predicts. In general, the region in the past year, an increase of 4.6% if China is excluded.

Ukraine, the worst risks ahead of the Asia-Pacific region lie in the fact that China’s growth may slow more rapidly than expected. Also, the World Bank sees risk of financial volatility in the region. In Latin America is projected gradual recovery from the recession – after falling by 0.9% in 2015, growth will be zero. In the Middle East will grow by 5.1% against 2.5% in the previous year as the lifting of sanctions with Iran, allowing the country to play a greater role in world energy markets. It will also grow other oil exporters, when stabilize oil prices.

“In the region (the Middle East) remain risks of escalation of the conflict, a further decline in oil prices”, – the report says. Good prospects in South Asia, which will grow by 7.3% against 7% a year earlier. In particular, growth in India should reach 7.8% and 4.5% in Pakistan. Finally, the bank’s projected growth in Africa, excluding North African countries, will be 4.2% versus 3.4% in 2015.