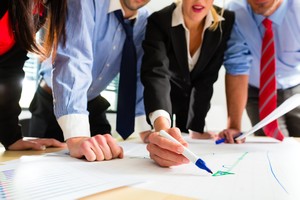 According to Alexander Stadnik, the reduction of American supplies to Russia affected primarily the segment of machinery, fell to almost zero supply of food and agricultural products

“The main reason – is not established in our favor conditions in a number of important segments of the world economy and trade, as well as sanctions, which have a direct impact on the bilateral trade and economic relations,” – said Stadnik.
According to the trade representative in 2015, the decline of trade turnover between Russia and the United States has exceeded 30%, and by the end of the year, when will be processed all the data, “it will be a full one.”

“First, sanctions the Americans are blocking some opportunities for building a full-fledged cooperation, including to overcome negative tendencies in mutual trade Secondly, sanctions undermine international free trade framework as well as the trust between the partners, a sense of stability”. – said Stadnik.

In addition, the source said, the Russian side it is necessary to resort to retaliatory measures to protect their interests, which also affects the trade turnover.

Moreover, if Russian supplies in dollar terms fell by 12.3%, their physical volume still increased, said Stadnik. This difference in figures is caused by, inter alia, changes in currency exchange rates. However, the decline in US imports to Russia on 40,1% .

However, according to Stadnik, leading politicians of European countries have already come to the conclusion that positive renewal of the intergovernmental dialogue on trade and economic agenda with Russia.

“Although formally consolidated the EU position in relation to the Russian Federation regarding the application of sanctions, a growing number of European countries are looking for opportunities to develop cooperation and to restore normal trade and economic relations”, – he said.

This year, Russia held a joint meeting of the intergovernmental commission on trade-economic, industrial and financial cooperation with a number of key EU member states, the regular meetings of the Co-Chairs were organized, held sectoral meetings, create new business platforms with the participation of relevant government agencies.
“At the same time, in our relations with the United States such a dialogue remains frozen solely on the initiative of the American side”, – admitted Stadnik.

Restoration of lost positions in the case of the lifting of sanctions will not be quick and complete.
“Sanctions are forced manufacturers, exporters, importers, and the whole market to be reoriented, to replace the vacated space – said the trade representative -. Even if sanctions are lifted, say, six months later, the next day nothing will be restored automatically – market niches by then they will be developed by other players”.

According to Stadnik, it is understood almost all Western companies and therefore not only does not go contrary to the expectations of ideologists of sanctions from the Russian market, but also embarking on new projects.
“Our companies also continue to work actively in foreign markets, including the US In this sense, sanctions more noise”, – Said the agency.

According to the trade representative, the reduction of American supplies to Russia affected primarily the segment of machinery, primarily aircraft, civilian Boeing.
“Less steel to supply the automotive technology, although this is mainly due to the contractual activity, but in some cases and is due to economic reasons,” – said Stadnik. – In connection with our responses to almost zero delivery fell US food and agricultural products, which previously accounted for about 10-11% of all US exports to Russia. Almost reset the import of meat products, including chicken and turkey”.

Due to the sanctions the US market left the “Kalashnikov”. But it is hardly possible to speak about a serious loss to the Russian company, whose products are one of the most famous brands in the field of defense industry.

“The situation with the product, which is designed primarily for fans of firearms and collectors in the US only increased the prestige and interest in the possibility to acquire their own copy marked” Made in Russia “, – said the trade representative.

Russia increased its exports to the United States in several areas

However, in several areas of Russia increased its exports to the US. According to Stadnik, significantly, by almost 140%, it was increased supply of mineral, chemical and potash. More than 40% of our exports grew by a group of “machines, equipment and vehicles”, textiles and footwear added a further 60%.

In addition, taking into account the period in the north of the United States of seasonal decline in oil production Russian deliveries of crude oil to US refineries increased in 2015 by 217%.

Products of Russian small and medium business – medical equipment, biological products, consumer electronics – can also be a significant item in exports to the US, believes Alexander Stadnik. According to him, the United States is very popular healthy lifestyle, so in great demand various fitness devices, devices that capture the state of the body in various situations.

“Russian producers are willing to supply a number of such electronic gadgets, including innovative developments, helping people, for example, automatically counting entering the body calories or correct their posture. These products, as shown by market research, will use in America in great demand, because at equal Consumer properties of Russian products more adequate in comparison with foreign analogues the price “- said Stadnik.

Another one of the new directions of the Russian exports of small and medium-sized businesses in the US Trade Representative said food products – honey, chocolates, baby food.

“It would seem that chocolate is enough, but the Russian candy, proposals for the supply of which is considering trade mission, original and useful -. Berries and nuts in chocolate icing, which in the US market is not enough we will try to promote these products both on the east and on the west the coast, and there are concrete examples of the interest of American business in its supply on the shelves of large retail chains, “- said the trade representative.

No less promising commodity for export, he said, and Russia’s honey. “Now that the product gets to the American consumer, mainly through middlemen in third countries, where loses some of its properties We also plan to work with export support centers in Russian regions for the organization of deliveries of the product directly from the original manufacturers.” – Said Stadnik.

In 2015, the Russian trade mission began working with about 45 new projects that provide for the output of Russian producers on the US market and to attract investment in industrial infrastructure of the Russian Federation.
In April 2016, New York will host the first Business Forum “Russia: Start-Up-Grade”, designed to attract the attention of American business to a new-tech Russian exports.

“The main task – the commercialization of Russian development of small and medium-sized businesses and their promotion in the US and global markets”, – summed up Stadnik.