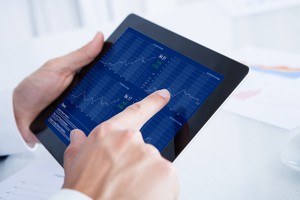 After the first half of 2015 international trade volumes declined sharply in the remaining time until the end of the year there was to restore them, but it was going to be lower than before the rate: the volume of imports in 2015 increased only by 1.7 percent compared to 3 percent in 2014.

According to the authors of a new World Bank report “Analysis of world trade: trade performance in 2015.” Groups that had been prepared by economists of the World Bank Cristina Constantinescu, Aaditya Mattoo and Michele Ruta, the situation in world trade reflects the chronically weak demand and structural changes in 2015 in international trade. The situation was compounded by a decrease in commodity prices and changes in the economic growth model in China.

“At the basis of this report – The results of our previous studies that have shown that the pace of global trade began to slow in early 2000, however, during a major economic downturn, this trend has become more pronounced, and was defined as the cyclical and structural factors,” noted the authors . “In the current situation we have found that in a broader downturn in world trade in 2015 has clear differences from previous years. Our estimates indicate that the main role in 2015 belonged to the cyclical factors that almost two-thirds have caused a slowdown in trade. “

The authors found: whereas in previous years the low demand for imports was mainly characterized by the developed countries in 2015, the dynamics of trade affected by the situation in emerging economies. Countries with emerging economies of Asia, which account for more than a quarter of the total volume of world trade, acted as the epicenter of its recession and initial recovery. Thus, the trade dynamics in Latin America and Europe and Central Asia, mainly reflecting a decrease of import volumes in the exporting countries of commodities, such as Brazil and Russia, which have suffered from the effects of the economic downturn.

The report also notes that the decline in commodity prices and changes in the economic growth model in China acted as mutually reinforcing factors that led to lower import demand in emerging economies. Due to lower prices of raw materials decreased revenue producers of raw materials, and so these countries have to import fewer goods from all other regions, including China. At the same time, China’s gradual transition from the investment model to a model of consumption and the reduction of its industrial production volumes have led to a reduction in imports to China from other regions, including the producers of raw materials. When you save the import volumes in China in 2015 at the same level in the world the volume of merchandise imports have increased by 2.1 percent, rather than the actual 1.7 percent.

China’s transition to a new model affects the nature of the production and trade in East Asia and beyond; the consequences of this are reflected in the changes that occur in the manufacturing sector and in services trade. Manufacturing industries – particularly in East Asia – have significantly reduced the export figures, but now restore them. Since the decline was mainly concentrated in the industrial sector of China, which has large import niche and close relationship with the formation of global chains of added value, the negative impact on trade turned out to be stronger. However, in the longer term due to the transition from model to model investment consumption can open opportunities.

“The emergence of a new model in China in the long run brings benefits to global trade. The transition from investment to consumption may create opportunities for exporters of final products, and ultimately – to promote and growth in the sectors of intermediate goods and capital goods, which are currently experiencing problems, “the authors say: “In addition, increased demand for services in China is able to stimulate the growth of the global services sector.”

The transition from the investment model of growth to a model based on consumption, is already changing the nature of demand in China, he shifted from goods to services. Currently this demand is met in part by imports and consumption abroad, where growth is already visible. The share of services in the volume of imports to China increased from about 15 percent in early 2011 to nearly 22 percent in the first half of 2015.